This is the 3rd part out of 4 parts. I am pasting this part since the guy is talking about earthquakes (among other things) to go magnitude 12 (which has never happened, largest ever was 9.5 in Chile in year 1960). Mag 12 would make recent Japan quake look "insignificant" (the scale is logarithmic - exponential increases)

I am not saying this video is valid or true. Just sharing the information.

That was in 1995. Time when a thing such as you-tube etc was just fiction and things like world government and world banking system were unknown to the masses (well they still are but..)... No way of information spread like today, you could only get it in books from authors such as Eustace Mullins etc.. I am posting this since i like the guy (Collier that is). Now he is talking about May that year IF they do not go along with it...etc He is basically talking about the same stuff (the reason for it, the methods, the how and why...etc) as Fulford is saying today.


Would also like to add that Fulford wrote on April 9th:

As the United States Corporate government heads for bankruptcy, the oligarchs running it are now threatening to attack Japan with space-based "star wars" weaponry put into orbit during the Reagan era.

The threats came in the form of e-mails entitled "HAARP will not be silent." This came after the HAARP facility in Alaska went offline. The blue lights seen during the April 7th earthquake that hit Miyagi prefecture may be a sign the weapons are already being used. Other warnings indicate April 11 or 411 may be a likely  day of attack. The allies of the White Dragon are hereby requested to destroy or decomission this space-based weaponry before more innocent people are killed by the criminal cabal still running the United States. The threats are escalating because of the increasingly dire financial situation facing the bankrupt-in-all-but-name US corporate government. These massive corporate debts are not owed by the American people and will be written off once the genocidal Nazi faction of the US military industrial complex steps aside and stops carrying out mass murder. The American people must be freed.
Attacking and threatening Japan is counter-productive because the Japanese people and government are not in a position to stop the US corporate bankruptcy no matter how much they wish they could.


It does sound far out but it did happen. There was a 7.1 quake just today or call it the "after shock"...yet...how long can there be "after" shocks? it should be noted that there are many "little" quakes in Japan area happening all the time and thousands of minor quakes happening all over the world all the time. A coincidence based on predictability of tremors or an actual space based weaponry and haarp?
SuiGeneris

While the corporate owned media has the plebeians arguing over whether or not Iran should have nuclear weapons or if it intends to commit genocide against the Jews (the largest population of Jews in the Middle East outside of Israel actually resides in Iran), the debate is already over, and the war has already quietly begun. Before it began, however, someone meticulously meted out the details of how it would unfold. That "someone" is the mega-corporate backed Brookings Institute.

"Which Path to Persia?" was written in 2009 by the Brookings Institute as a blueprint for confronting Iran. Within the opening pages of the report, acknowledgments are given to the Smith Richardson Foundation, upon which Zbigniew Brzezinski sits as an acting governor.

The Smith Richardson Foundation funds a bizarre myriad of globalist pet projects including studies on geoengineering, nation building, meddling in the Caucasus region, and even studies, as of 2009, to develop methods to support "indigenous democratic political movements and transitions" in Poland, Egypt, Cuba, Nepal, Haiti, Vietnam, Cambodia, Zimbabwe, and Burma. Also acknowledged by the report is the Crown Family Foundation out of Chicago.

The Brookings Institute itself is a creation of the notorious globalist funding arms including the Carnegie Corporation, the Rockefeller Foundation and the Ford Foundation, all who recently had been involved in the fake "Ground Zero Mosque" controversy. Today, Brookings boasts a full complement of support and funding from America's biggest corporations. Upon the Brookings Institute's board of trustees one will find a collection of corporate leaders from Goldman Sachs, the Carlyle Group, the insurance industry, Pepsi (CFR), Alcoa (CFR), and various CFR affiliated consulting firms like McKinsey & Company.

Senator Lieberman: maybe US should intervene in Syria next
https://youtu.be/SiTf0XKSA50 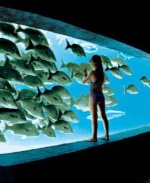 State of the world is exactly the way it's supposed to be.

Feed and help the poor in your community.
Magamud

I can say this.  The Bibles prophecy could not be any truer in its tiimes of Sorrow.  War and brother against brother.  The world is in flame.  Man knows not himself or where he is and he burns unnoticed.
SuiGeneris

the battle for another stronghold

The Face of Propaganda 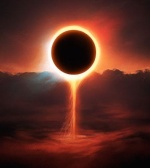