Transcript: "We got a bit of a unusual situation. Now, this first portion of the radar cycle fairly blend and typical, but then you see these bands of very distinct cloud cover moving into the region." "That is not rain, that is not snow. Believe it or not, military aircraft flying through the region and dropping 'Chaff'. Small bits of aluminum, sometimes it's made of plastic or even metallised paper products. It's used as an anti radar issue and obviously they're practicing." "Now they won't confirm that, but I was in the marine corps for many years and I tell you right now... that's what it is."
Inanna 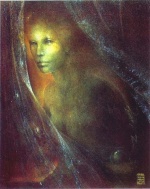 Re: Chemtrails "made official"

Thanks for this, Rok ..... i have wondered alot about what kind of "proof" there might be for chem-trails. This does HELP!